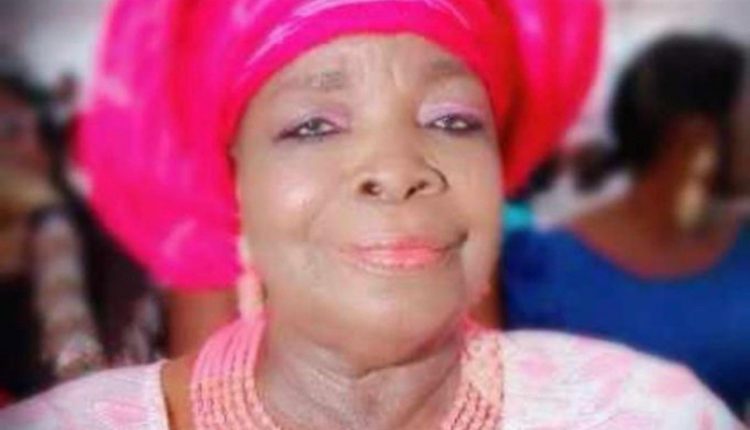 She was aged 87 before she passed away.

The Janazah (interment) was held at the Akinsanya’s Lagos home near Ejigbo NNPC in accordance with the Islamic rites.

The aged woman who was Muslim until her death passed away peacefully in her residence located at NNPC She will be buried today in line with Islamic rites at her residence. The members of the family however appreciate everyone that has been calling to condole with the family since the news filter out.
They appreciate their concern and uses this avenue to inform them that the burial will be attended strictly by family members Only.

We appreciate and understand that there are so many people who would have loved to pay their last respect to our late Mother Alhaja Abebi Zinat Omotonwo but will be unable to do so due to the present ban on large gatherings.

Please no visitation is allow for now, phone call or text messages will be appreciated. Thanks for your understanding and Cooperation.

May Allah accepts her soul.

The late Alhaja Zinat was said to have observed the Solatul Subh (Morning Prayer) before she passed on.