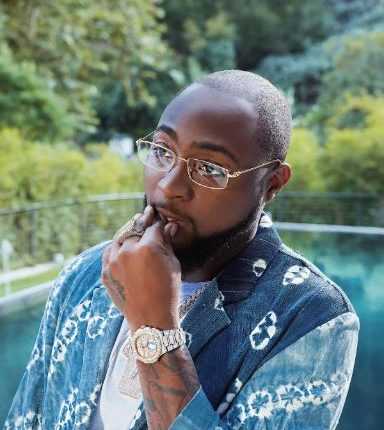 In this blog post, we will talk about everything you need to know about Davido Net worth 2020.  We will also discuss who Davido is, Davido Lifestyle, his struggles, Davido Biography, his journey to the limelight, his personal life, Davido Wife, career, and family.

Want to learn more about this phenomenal musician; let’s get started.

Real name David Adedeji Adeleke is a sensational superstar. He is a record producer, recording artist, stage performer, and musician. He is also the owner of the record label, DMW (Davido Music Worldwide). Yonda, Peruzzi, Idowest, DJ Ecool, Ichaba, Dremo, and Mayorkun are all under his label. Davido’s music is not just popular in Nigeria but the USA and other countries on the globe. Davido is probably one of the richest Nigerian musicians. He is known for his fabulous lifestyle and incredible voice. And as expected, he is rewarded with a fascinating fleet of cars, buildings, and a lot more.

David Adedeji Adeleke was born on November 21, 1992, in Atlanta, Georgia. He is the second son out of six children. His father, Chief Adedeji Adeleke, is one of the richest men in Nigeria. His mother, Vero Adeleke, was at one time, a Lecturer at a local University. However, she died in March 2003, when Davido was only ten years old.

At one time, he attended British International School in Lagos, where he did his primary and secondary education. Subsequently, at 16, he moved to Alabama, US. Here, he went to the University to study Business Administration at Oakwood University before dropping out to make beats and record vocals. When he began his journey in music, he relocated to London.

Nevertheless, he returned later to Nigeria in 2011 and agreed to honor his father by studying music at Babcock University. It is interesting to note that at the time, there was no Music Department at Babcock. Still, with the help of his father, Babcock incorporated the department.

Subsequently, in 2011, Davido began working on his debut studio album, Omo Baba Olowo. On this album, he worked with the likes of Dokta Frabz, Mr. Chidoo, Theory Soundz, Shizzi, Spellz, GospelOnDeBeatz, Maleek Berry and Jay Sleek. The album had guest appearances from B-Red, Sina Rambo, 2 Face Idibia, Ice Prince, KaySwitch and Naeto C. The album had hit singles such as “Dami Duro,” “Back When” and “Ekuro.”

By 2013, Davido released the hit track “Gobe,” which ranked second on Premium Times. Much later in May, that year, he released One of a Kind, which was directed by Tebza of Godfather Productions. By August, the same year, he released Skelewu, which was also a hot track in Nigeria and followed by Aye in 2014. By April 30, 2014. Davido released yet another hot single “ Tchelete (Goodlife). He has since then collaborated with the likes of Sarkodie, Diamond Platinumz, Tiwa Savage, Mi Casa, and Lola Rae. In 2015, he released a trap song, assisted by Meek Mill, “Fans Mi’.

In 2015, he released a 20-track album titled “The Baddest.” The album was first scheduled for June 2015 but postponed and released in October. The track featured guest artists such as Don Jazzy, Uhuru, Dj Buckz, P-Square, Runtown, Meek Mill, Wale, Akon, and Trey Songz. By 2016. Davido singled a recording deal with Sony Music, but a few months after releasing his record label Davido Music Worldwide (DMW). Here he signed artists such as Yonda, Mayorkun, and Dremo. In October 2016, he released a 5-track EP, with hot singles “Coolest Kid In Africa,” “How Long,” and “Gbagbe Oshi.”

In 2017, Davido released “If,” which as produced by Teckno. The track was certified Diamond by Recording Industry of South Africa after it was purchased over 200,000 times. By June 2017, Davido released “Fall” with extracts from Kojo Fund’s track “Dun Talking.” The album was also certified Platinum and became one of the top 100 most searched songs on Shazam in America. It was also the longest-charting Nigerian pop song in Billboard history, ranking from 2017 through 2019. The music video was later released in 2018. With over 100 million views in a few weeks, it became the most-viewed video by a Nigerian artist on YouTube.

Davido has no legal wife at the moment. However, he is engaged to Chioma Rowland. The duo got engaged in September 2019. However, at one time, he dated the model, Sira Kante in 2014 but they broke up in 2015, before the birth of his first child.

How many Children does Davido have?

Davido has three (3) children from three different women. However, he is engaged to the mother of his third child. Nevertheless, most recently, there have been rumors about a new child from another baby mama, this time Larrisa London. His first child, Imade Adeleke, was fathered with Sophia Momodu, the cousin to the Journalist turned politician Dele Momodu. His second child, another girl, is Hailey Veronica Adeleke and was had by Amanda, his American girlfriend in 2017.  His third child is a boy, Ifeanyi Davido Adedeji Adeleke, by his fiancée, Chioma Avril Rowland.

Davido is a very talented, committed, and hardworking musician. Through his efforts over the years, his net worth has increased to become million as of April 2020. He is among the top richest musicians in Nigeria and Africa as a whole.

However, he also has investments in real estate, automobiles, and companies—some of his assets in Nigeran cost, on average N5 million. However, muddy waters are surrounding Davido net worth 2020.

It is difficult to pinpoint what he makes. While some individuals quote Davido to be worth over N10 Billion, others state that his net worth hasn’t reached there yet.

Davido was born on November 21, 1992. He is presently 27 years old but would become 28 years old later this year. Concerning his height, Davido is not a tall guy. He may be considered average at 1.62 meters.

As expected, the singer has a phenomenal list of cars to his name.  Some of them include:

He also has properties inside and outside Nigeria, although not many of them are well known. What we do know is his mansion in Lekki, Lagos State and another in Atlanta, Georgia, US ( valued at over N7.8 Billion)

Is Davido Dead or Alive?

He is active and has great success in the music industry. He is alive and vibrant.

As a famous superstar, Davido has huge followership of over 17.1 million followers on Instagram. He can be followed on Instagram through his handle; @davidoofficial

Davido is today known as one of the best Nigerian talents ever. However, his signature dressing and style may have also contributed to the reasons why the ladies love him. And so, we want to share some of his most beautiful moments and pictures with you.