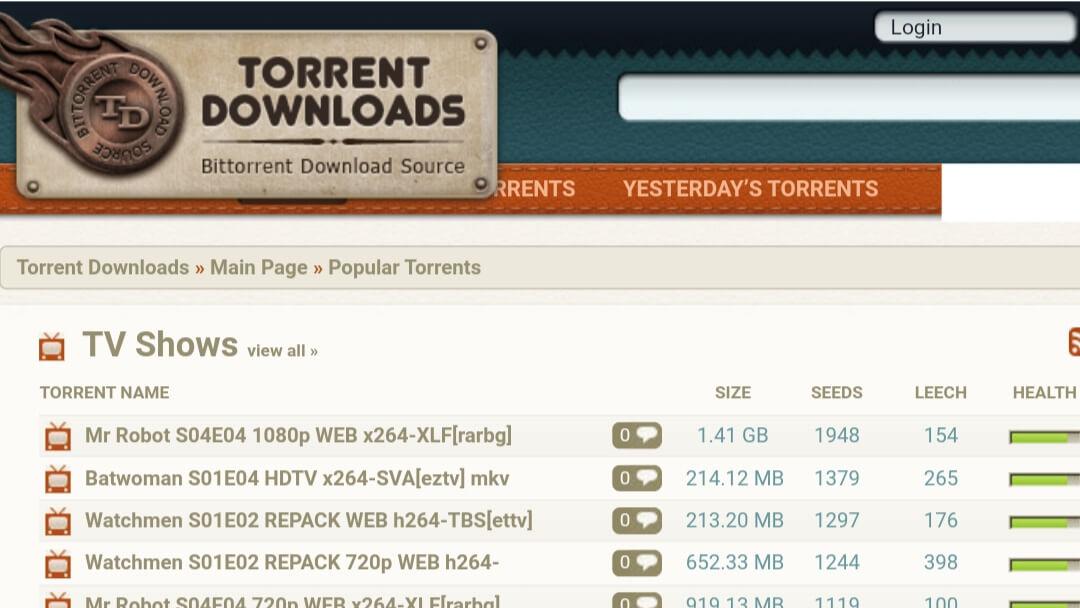 Torrent can be regarded as a computer file which contains metadata about folders and files to be distributed. The content to be distributed is not featured in the torrent file. The torrent only has information about those files. Such information could be names, sizes, folder structure e.t.c. Today, we’ll be highlighting the 10 best torrent sites of 2020.

YTS.am is the home of third party release of blockbuster movies. The Lion Kings, Hobbs & Shaw, Avengers Endgame and lots more are featured on the website. It has millions of users even though it is blocked by ISPs in many countries. Immediately, you visit the site, you’ll be warned to make sure you’re using a VPN service to access the site.

Torrentz2.eu is a clone or successor of the popular torrentz.eu which was closed down in 2016. It serves as a powerful internet location search tool. Torrentz2 is a meta-search engine or aggregator. It is a search torrent site used to search other search engines if it makes sense to you. Anyways, you can use this torrent site to locate anything you want to download on the internet.

NYAA.si is a good one and deserves to be on this list of 10 best torrent sites of 2020. It features files in both English and Chinese languages. A popular cool feature of this torrent site is its dark mode feature which is a popular thing in today’s internet and social media world.

Zooqle.com claims to be a sequel to Bitsnoop which was shut down back in 2017. Zooqle isn’t a search engine torrent if you think it is similar to Google. According to the site, it features 4.4 million torrents files and still counting. It specializes in only movies and TV shows.

TorrentDownloads.me is home to movies, TV shows, music, games, software, anime, books and others. They claim to abide by the Digital Millennium Copyright Act (DMCA). The torrent site has been around for several years and still going strong.

I have known LimeTorrents.info for over five years and it’s still very much active. The user interface is very straightforward and not bogus with disturbing ads. The torrent site features movies, TV shows, music, games, apps, anime and others. Just like TorrentDownloads, LimeTorrents claims to abide by the Digital Millennium Copyright Act.

Rounding up this list is EZTV.ag. The torrent site features different genres of movies and TV series. You can sign-up and join their active community to interact with other members. Movies and TV shows are uploaded daily immediately they are aired.

Before visiting any of the listed 10 best torrent sites of 2020, make sure you have an active VPN to block your ISP from tracking your activity.

An avid creative writer. Lover of tech, gaming, sports and rap music. No one builds a legacy by standing still. The road is the greatest teacher there is.